Replacements for the American Pravda

Earth We Are One

Stillness in the Storm

New Earth Is about Freedom

Health and Wellness for Families

Off the Grid News

Stand Up, Speak Up for Liberty 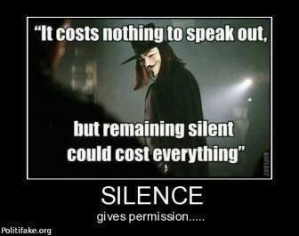 In addition to going local, another of the primary steps to be taken is on the individual level:  Stand up.  Speak up.

Whether you do so as a government servant of the people on any level, whether you are an engineer, a teacher, a journalist, actor or whatever your roll in life is, speak up for Liberty.  Speak up on the internet, in the streets, in email, on the floor of Congress, or in print.  Speak up in the grocery store.  Speak up when you hear people bemoaning what “they” are doing.  Tell them that we must free ourselves.  Do it in a video, in a printed flier, on a billboard, or send up a blimp banner, but find a way to speak up!

Thankfully, the major theme of 2014 predictions, that this would be the year of revelation of things hidden, is proving to be true¹.  I am hearing occasional stories of truth being told by the mass media!

People are switching to the light.  Another news item:  The house has passed a bill to stop warrantless NSA searches.  Remember the bill they snuck in on New Years Eve a couple of years ago?  This news is hopeful.  I’m going to buy a TV when truth becomes the norm.

More people are speaking out.  Here is Congressman Trey Gowdy:

In another video, a former aerospace engineer—former because he can’t get a job now—protests and proves chemtrails.  Why do people need proof of what they can just look up and see!?  Even the chemical analysis has been posted.  But here’s the video:

His message is that we must

“think for ourselves, process information and draw conclusions from that process”

This song began to play in my head:

But don’t stand up by protesting.  Take control.  Let’s take over.

This site uses Akismet to reduce spam. Learn how your comment data is processed.

Recent Posts: Outside the Reality Machine

by Jon Rappoport June 19, 2019 (To join our email list, click here.) In THAT case, I make no secret of the fact that I see majestic earthenware bells lying in a churchyard And a wind is blowing through the chapel tearing the roof apart, and the blue sky is filled with ships ploughing toward […]