Replacements for the American Pravda

Earth We Are One

Stillness in the Storm

New Earth Is about Freedom

Health and Wellness for Families

Off the Grid News

My focus is on Creating Reality ~ why and how.  Consciously doing so is our aim, as we collectively form New Earth society and learn the spiritual lesson of being in control of yourself and your environment.  You aren’t free if you aren’t in control of yourself.  The People of USA are learning that lesson.  The American election results show that our Collective Consciousness has changed.  We have rejected tyrannical control by the dark Cabal, having awakened to direct the force of Intent that can and will lead us to evolve toward Freedom and Peace.  I have no doubt.

We have passed through gateway planetary energies to continued positive changes, as was predicted by Epsilon of Sassani two years ago¹:

“In the fall of 2016 before the US election, EVERYTHING will change!”

“Incidents and events will occur in your reality, after which everything will change,”

meaning one good change after another, going forward from now.  That is what the election results bring to us.

But this is not about Trump.  America’s path to restored Republic depends on nobody but Us, the People.  Along with Divine assistance, of course, WE assure our future.  Gone are the days of lackadaisically observing our enslavement.  I feel Trump is working with the Light force liberators.  If he doesn’t, or if congress members don’t, we will quickly correct them.  The same is true for all levels of government.

Now is the time to take responsibility, as Freedom requires.

The American People will do so.

We must free ourselves by taking control of our local governments.  That is only possible by pulling our responsibilities and rights back out of the hands of Federal and even in some cases, State control.  We will take an attitude not of fighting against anything, but FOR what we choose.  Sonoma county in California, for example, has outlawed GMOs.  That is working FOR healthy foods.  Banning fluoride in local water is not to fight against anyone, but to assure that our water will no longer be poisoned.

A good first step is to read the Constitution and that of your State, as well as your state statutes, city and county ordinances.  Know where overstepping has occurred.  Control by outsiders and good ol’ boys must end.  Starting local and working outward and downward to State and Republic levels, take responsibility of stipulating to government SERVANTS that they serve us and how they will serve.  No more watching TV in open-mouthed hypnotic state, when there is a School Board or County Commission meeting that you can make it to.  Eliminate police forces and whole departments who do not protect the peace and serve the People.  Form a neighborhood group to report to each other and discuss what YOU CHOOSE to change.  No more begging the masters in protests.  WE are masters and must think of ourselves as such.  And think of all people of the world as beloved brothers and sisters.  Compassion and Cooperation are key. 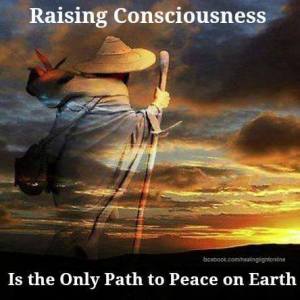 As important as improvements of society and governments are, there is a larger point of Conscious Reality Creation on which those efforts are based.  In order to change our environment, our lives, our personal and collective realities, we must change ourselves.  That is what we’ve been doing to get this far and will continue doing.  We are becoming increasingly spiritual, aligning with our Higher Selves.  Our Ascension is slow, allowing for varying time of individuals to raise in Consciousness, but it is accelerating.  We have work to do and nothing to fear.
~
The next post will further address our personal work in Creating Reality.

This site uses Akismet to reduce spam. Learn how your comment data is processed.

Recent Posts: Outside the Reality Machine

by Jon Rappoport June 19, 2019 (To join our email list, click here.) In THAT case, I make no secret of the fact that I see majestic earthenware bells lying in a churchyard And a wind is blowing through the chapel tearing the roof apart, and the blue sky is filled with ships ploughing toward […]